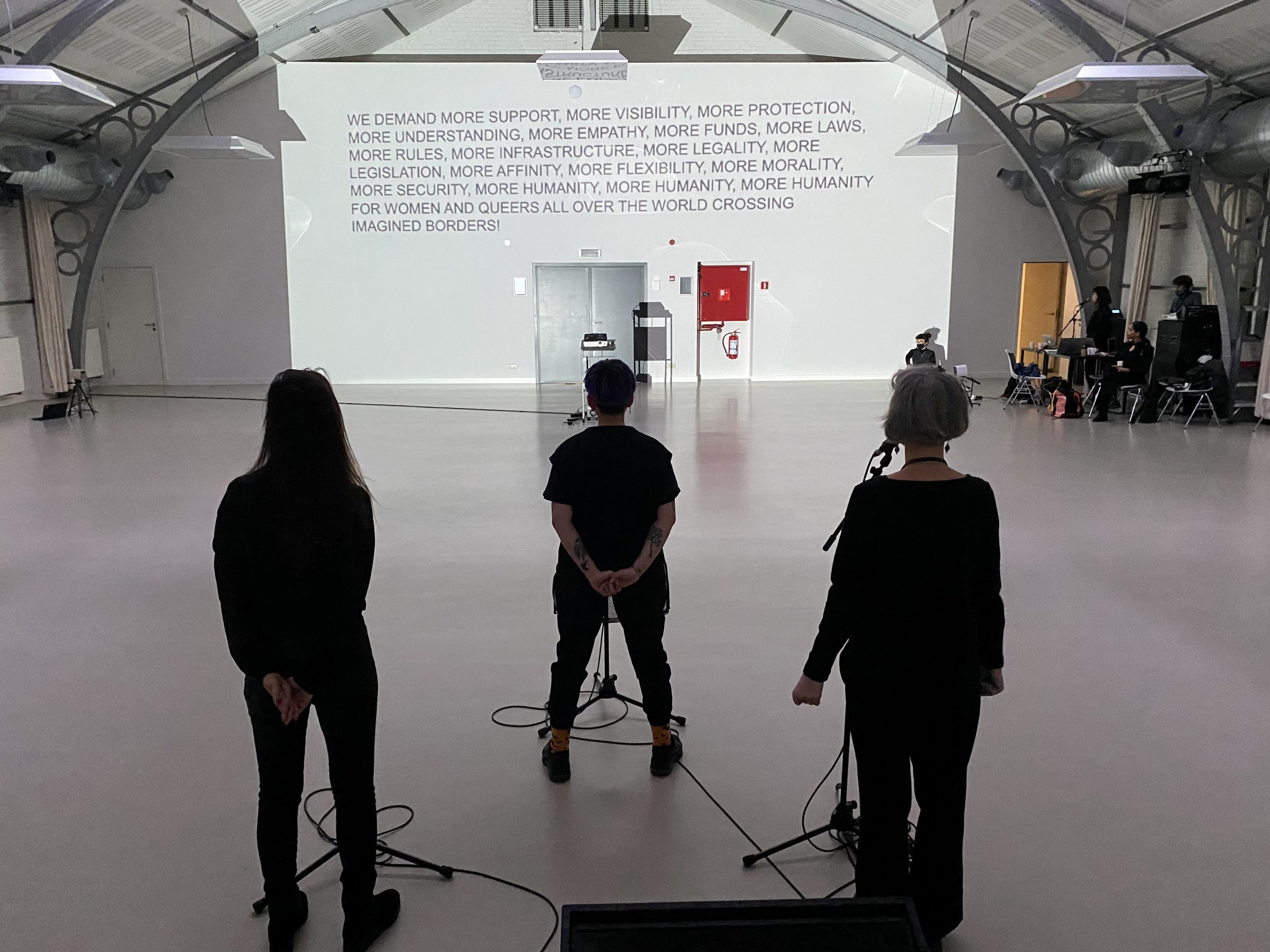 The LASTESIS Collective (Chile) went through a ‘shared’ residency at Mestizo Arts Platform as well as KVS and collaborated with artists Jennifer Baez Matos & Kamal Hedayat (Belgium) and Lucila Guichon (Berlin). Together they zoomed in on the theme of subalternity (a state of subordination brought about by colonisation or other forms of economic, social, racial, linguistic and/or cultural domination, Spivak; Bidaseca), in dialogue with the diaspora.

18 November, they launched an open call for the International Day to Combat Violence against Women.

The letters received in response to this call, read aloud (with the participation of other women/queers) and videotaped in front of the Beursschouwburg in Brussels were processed into a show moment on 26 November at KVS (ihkv Proximamente Festival).  The result a visual performance-voice with video projections of the action and reading from the letters.