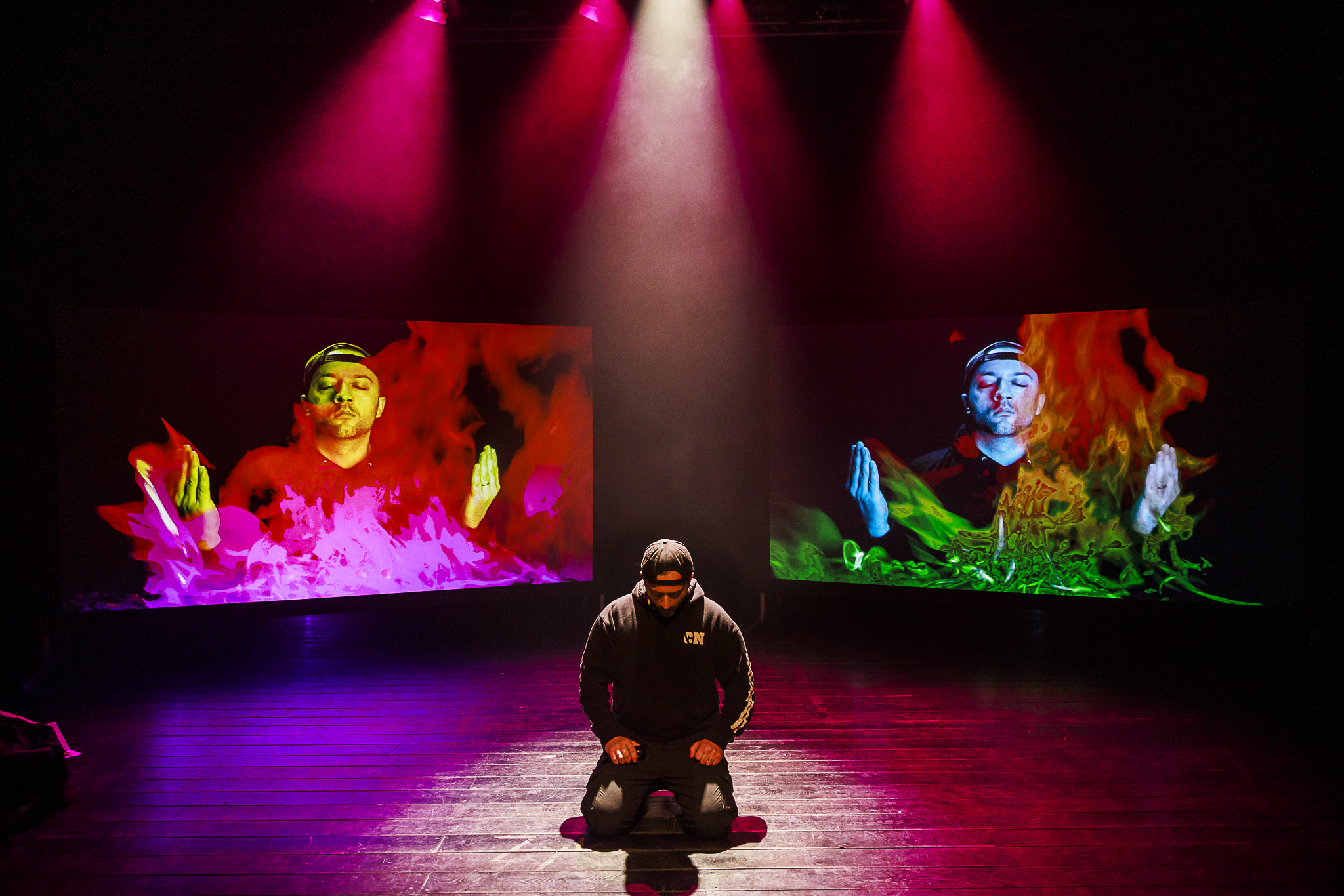 To live up to your own legend is man’s only obligation. All is one. And if you want something, the whole universe works together to make sure you achieve your dream.  (The Alchemist)

Lockdown. April 2020. The confrontation with ourselves. Contact with the outside world is mainly digital. Mike Pro is forced to talk to himself. A search between expectations and his own interpretation. Dealing with silences. Awareness of one’s own thinking. What is that, thinking? And to what extent is that determined by origin, upbringing and personal choices? Moving between those choices and expectations, we are almost forced to choose a box. Or can we escape from this just in time to prevent even more division?

DE EIGEN LEGENDE With all the resources of the Internet, Mike Pro makes his way through the mystical branches of the world’s religions. Instead of listening to what others say about spirituality, he explores it himself in his YouTube laboratory.

Mike Pro is a self-made video maker. After more than 5 years as a ‘one-man production army’ he noticed that his storytelling and technical knowledge were not obvious, so in 2017 he decided to turn the tables as well as the camera. Suddenly, he became the director of his own reality. On YouTube, he uses vlogs, reviews and podcasts to tell us what’s on his mind in this world. The making-of of ‘Patser’, Adil & Bilall’s third film, is also on his record. Mike Pro was part of the Antwerp hip-hop collective NoMoBS. After their second single ‘Zehma’, things went very fast for them. They were on all kinds of stages and started a movement that was badly needed by the street culture. Their musical success was picked up by theatre company SINCollectief, from which came several theatre pieces in which they performed as a collective or as individuals (‘Troost’, ‘Wachten op Gorro’, ‘Rumble in the jungle’). Mike Pro could also be seen in ‘TITUS’, a performance by Compagnie Lodewijk/Louis and Theater FroeFroe.